It was a fateful night when Brad and Janet, two utterly normal young people in love, end up in a castle full of strange Transylvanians. A thunderstorm and a flat tire force them to seek help from Dr. Frank ’N’ Furter — an alien, transvestite scientist with a manic genius and an insatiable libido. The Doctor and his cohorts take Brad and Janet on a wild ride of misadventures in a hilarious and lusty homage to the classic B sci-fi and horror genres. That sweet transvestite and his motley crew will have the entire audience doing the Time Warp in the deliberately kitschy rock musical, The Rocky Horror Show.  Contains strong language and intense adult themes.

Audition candidates should be strong singers and dancers, and arrive prepared to sing 16 to 32 bars from the show or similar style, and be comfortably dressed for movement. A score will be available, sides for readings will be provided. A headshot and resume is helpful but not required. A $20 non-refundable audition fee is due upon arrival.

Tuition for The Rocky Horror Show classes and production is $395 per student, some financial assistance is available. Attendance at auditions does not ensure casting, tuition is due after casting is announced.  Students may combine tuition to this program with Pre-Pro, a pre-professional intensive half-day workshop for serious teen actors (tuition $650), held on the same daily schedule from 9:30 am to 12 noon, for a combined discount rate of $995. A completed emergency form must accompany audition candidates, available at www.companytheatre.com/emergencyform.pdf.

Rehearsals are held on Mondays and Wednesdays from June 4 through 20, from 3:30 to 6 pm, then Monday through Friday during A.C.T Summer Workshop (June 25th-July 14th) from 12:15 to 4:15 pm. Additional rehearsal commitment includes mandatory attendance during tech week on July 8, 10 and 11 from 6 to 9 pm.

The Rocky Horror Show is presented on Thursday, July 12 and Friday, July 13, 7:30 pm.  Tickets are $20 for adults, $18 for students, available at www.companytheatre.com.

BRAD: Male, 26-35 (Range: Bari Tenor, Bb2-G4)
Quirky, but very much in love with his fiancé, Janet. Overly optimistic at times.

JANET: Female, 26-35 (Range: Mezzo Soprano Belt, A3-Eb5)
Good girl who is madly in love with Brad. Always seems to be frightened of something. Keeps losing more of her clothes throughout the story. Emotionally weak and caves into pressure easily.

NARRATOR: Male, Age Flexible (Range: Non-Singing Role)
Follows our two hero’s through the story by narrating directly to the audience.

FRANK ‘N’ FURTER: Male Transvestite, 30-45 (Range: Baritone, D3-G4)
Master of the castle. Welcomes Janet and Brad with open arms. Obsessed with creating a man to be part of his sexual entourage. Master of seduction.

EDDIE/DR. SCOTT: Male, 28-40 (Range: Baritone, E3-F#4)
Eddie, delivery man, “went to pieces.” Misses the rock and role of life. Comes back to life only to die after his solo. Scott is Eddie’s Uncle. 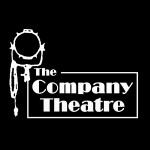